Barcelona on Film: Discover the Movies and TV Series Shot in the City 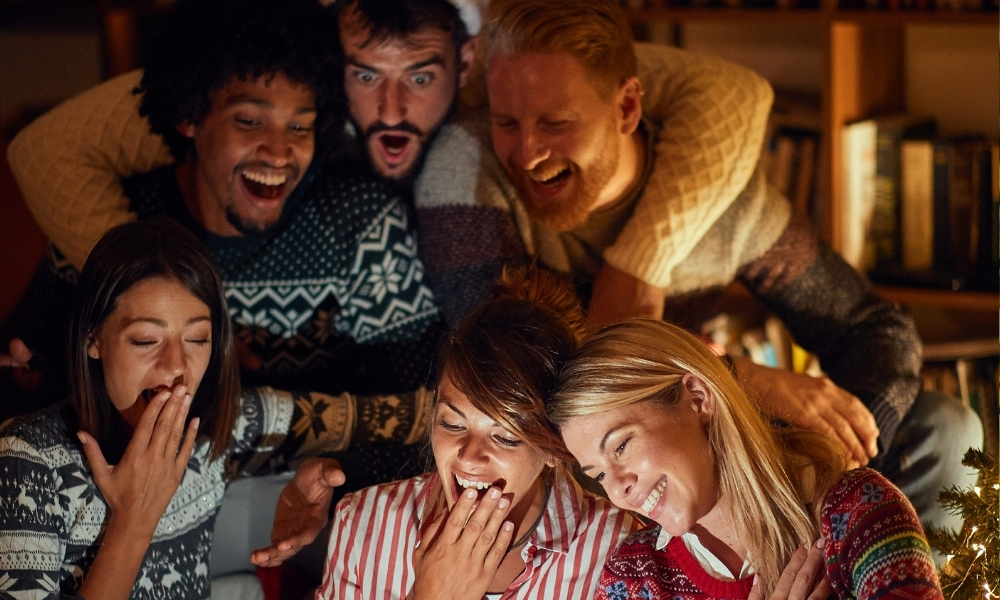 All the world’s a stage – and this includes Barcelona.

The city’s fantastic weather, and abundance of beautiful architecture, streets and squares have featured in dozens of national and international productions, from features
to TV series and commercials. In 2019 alone, Barcelona Film Commission, the official body set-up to facilitate shoots in Barcelona, says there were 2,375 shoots in the city. Beaches, parks and gardens are the most popular locations, followed by the Barcelona’s extensive network of food markets.
Whether you live in Barcelona permanently or you’re just visiting (our patients at English Doctor Barcelona fall into both categories), location spotting can be a fun activity as you walk around the city.

But first, grab the remote, and get ready to see some of the films and TV
series that have made Barcelona their backdrop.

Unsurprisingly, Gaudí’s unique architecture works beautifully on film. The Passenger, a 1975 film by the Italian maestro Antonioni, brought stars Jack Nicholson and Maria Schneider together on the famous roof of La Pedrera, decades before the landmark was open to the public. In 2007, Woody Allen shot a scene with Scarlett Johansson in the same spot for Vicky Cristina Barcelona; a complicated comedy that showcased the architectural qualities of Barcelona and made Allen hugely popular in the eyes of Barceloneses. The Spanish director Pedro Almodóvar, whose cache of rich and melodramatic films have almost exclusively been shot In Madrid, also won the hearts of locals when he made All About My Mother (1999) starring Penélope Cruz in Barcelona, using streets around El Born for his colour-drenched, exquisitely art-directed scenography. L'Auberge Espagnole (2002, titled ‘The Spanish Flat’ in the US and UK) tells the story of a multinational group of Erasmus students sharing a decrepit old apartment in the Barri Gòtic, and was widely praised for capturing the youthful, optimistic, and European spirit of Barcelona at the birth of a new millennium.

Not the Tourist Spots

If the above films have chosen to highlight the physical beauty of Barcelona and its postcard locations, there have been a few others whose narrative called for its less-pretty side.
Starring the Oscar-winning Spanish actor Javier Bardem, and largely shot in the working class, industrial areas around Badalona, Biutiful (2010) is the story of a single father dying of cancer and trying to keep his family afloat during his last days. On the lighter side, Foodie Love (on HBO), a new series from Catalan filmmaker Isabel Coixet, is about two people who connect on a dating app via their love of gastronomy. The series was largely shot in L’Hospitalet, Barcelona’s gritty satellite town, with the final scene in the local market in the barrio of El Carmel.

With the small screen taking over, TV series are turning their attention to Barcelona. The Cathedral of the Sea (Netflix) is based on the best-selling historical novel by Ildefonso Falcones, and tells the epic story of the construction of the Santa Maria del Mar church on the early 14th century.
Season 2 of Hanna (Amazon Prime) the action thriller about a young girl trained by her father to be an assassin and hunted by the FBI, is largely shot in Barcelona. But if there was one recent series that showed the city at it most glorious and seductive it’s series 3 of Killing Eve (HBO). Still, on the run from her nemesis Eve Polastri, the series’ enigmatic protagonist Villanelle (played by Jodie Comer) arrives in the city and thrills viewers as much for the scenes of her parading down famous Barcelona avenues in her high-fashion designer clothing, as to apartment she resided in; a sumptuous modernista gem, known as Casa Ramos, that can be rented on Airbnb.

And if all that beauty makes you feel faint – we know a good doctor!